Tom Spurgeon posts his annual exhaustive guide to the San Diego Comic-Con. Well worth a read whether you're sure you're going, sure you're not going, or on the fence.
Posted by Kevin Cannon at 7:28 AM No comments: 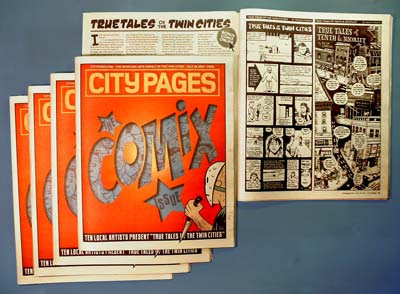 This year's theme is WHEN THE ELEPHANTS COME TO TOWN...

"Each contributor will be asked to interpret that theme by predicting what it will be like when the Republican National Convention comes in to town in September."

Entries are due JUNE 25, so get crackin'!
Posted by Kevin Cannon at 6:11 PM No comments: 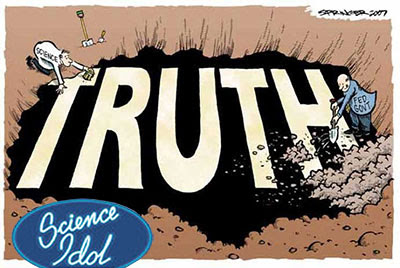 Here's a cartoon contest opportunity on the topic of science vs. the government.

Contest and submission details can be found on the Union of Concerned Scientists website.

Cartoon (above) by Jesse Springer
Posted by Kevin Cannon at 11:38 AM No comments:

Sean Kleefeld has a review of Far Arden up on his "Kleefeld on Comics" blog. In it, he struggles with the same problem I've had recently: trying to explain what the hell the book is about. My attempts at summarizing FA usually melt into a babbling mess, so as of this morning I'm just going to start saying it's "Jack London meets James Bond" and leave it at that.

Thanks for the review, Sean!

Thanks for the link, Steve!
Posted by Kevin Cannon at 11:14 AM 2 comments: 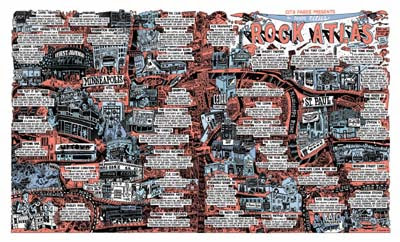 I'm thrilled to announce that the "Twin Cities Rock Atlas" has been nominated for a 2008 AltWeekly Award in the category of "Innovation."

The Rock Atlas originally appeared in the 11/19/07 edition of City Pages, the Twin Cities' big weekly alternative paper. The Atlas was written by Peter S. Scholtes and art directed by Nick Vlcek.

You can see the Rock Atlas on the City Pages Blotter and read about the art process on the Big Time Attic blog.

Details on the AltWeekly Awards are here. Winners are announced in Philadelphia at the Association of Alternative Newsweeklies Conference, June 5-7. Nominees for the "Innovation" category are:

INNOVATION circulation 55,000 and over

The Pitch: Smoke & Mirrors: story and podcast by Eric Barton

Westword: Paint the Town Read: in print (PDF) and online by Amy Haimerl and Kenny Be

Note: the original art from the Rock Atlas is currently on view at Altered Esthetics gallery in NE Minneapolis (through May 31). This is the last time you or I will ever be able to see it in public!
Posted by Kevin Cannon at 10:44 AM 6 comments:

First up, a Far Arden "inter-review" on Broken Frontier. Find out where the term "Far Arden" came from! 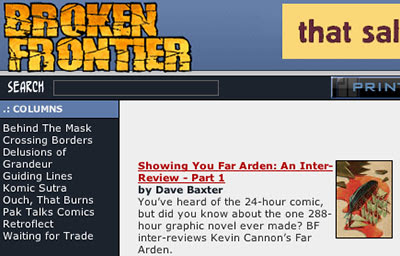 Also, we knew it wouldn't be long before Tim Sievert graced the pages of Playboy! 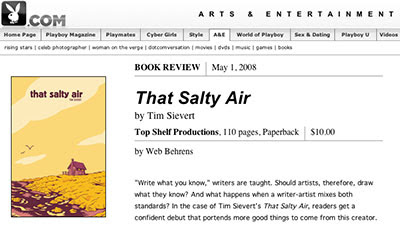 Will Dinski on Comics Reporter 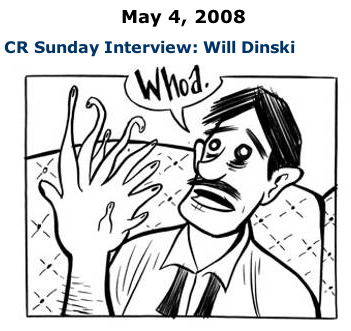 Minneapolis cartoonist Will Dinski is man o' the hour in last Sunday's Comics Reporter Interview. Will talks about his life, career, and has some pretty nice things to say about the Minneapolis scene.
Posted by Kevin Cannon at 1:55 PM No comments: 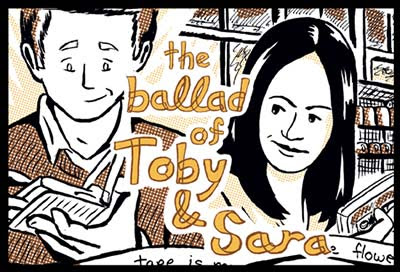 Conspirator Mike Sgier has been hard at work at MCAD getting his MFA. Celebrate with him at SooVAC on May 9, 2008. Here are the details:

The Minneapolis College of Art and Design MFA Thesis Exhibition 2008

Thanks to everyone who made this year's Sushi such a great success!

A few things to keep in mind: 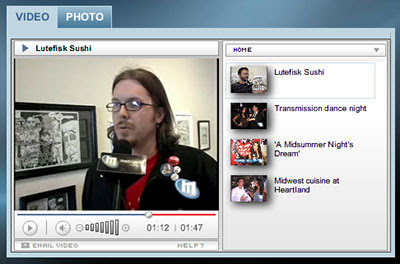 Click the screencap to go to the video.
If you're having trouble with the link, visit twincities.metromix.com and scroll down until you find my mug.
Posted by Kevin Cannon at 4:48 PM 1 comment:

Thanks to Bud Burgy for snapping this photo of Dan Olson chatting with KARE11's & metromix's Kristen Aldridge. 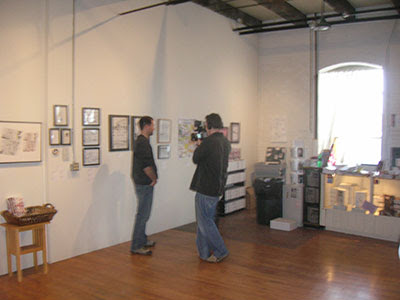 And here's another shot from last Sunday's MicroCon. Thanks, Bud! 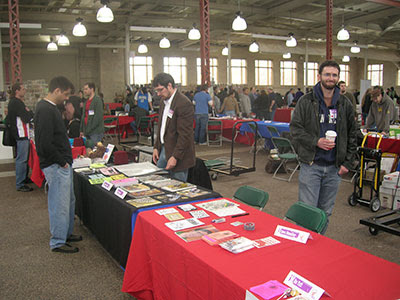 Posted by Kevin Cannon at 4:10 PM No comments:

Vita.mn has a nice Lutefisk Sushi blurb on their site. I suspect there's something in the print version as well, but I haven't seen it yet.

Those scheming cartoonists are at it again. A large contingent of the local comic-book community -- collectively known as the Cartoonist Conspiracy -- will be featured once again in a monthlong exhibit of comic art at the northeast Minneapolis gallery Altered Aesthetics. It kicks off Friday night with a party of geeky proportions, where the Conspiracy will debut the third edition of its "Lutefisk Sushi" comic-book box set. This year, more than 50 cartoonists contributed comics. Kevin Cannon designed the "Lutefisk Sushi" box with a wild illustration of a giant fish rampaging through our city streets. Very frightening. For more info, check out the group's cool website: www.cartoonistconspiracy.com/sushi.

Posted by Kevin Cannon at 2:18 PM No comments: