Two Great Reviews on The Boogle

Check out Mark McGinty's reviews for T-Minus: The Race to the Moon and Far Arden at theboogle.wordpress.com.

... and don't forget, Far Arden comes out TOMORROW!
Posted by Kevin Cannon at 11:57 AM No comments: 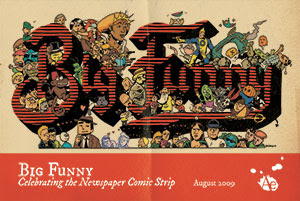 Click to bigify
While the Big Funny newspaper is off at the printers, we've been busy gearing up for August's show at Altered Esthetics gallery. You won't want to miss the show, as it will feature (huge) original artwork from the newspaper, actual turn of the century Sunday strips, videos of the newspaper printing process, and original burned printing plate from our printer.

If you want to help spread the word about the Big Funny show, please download this press release and send it to all your friends (especially your media friends): 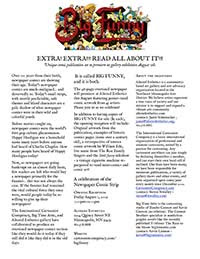 Click to download
Also, stop by Altered Esthetics later this week to pick up a stack of postcards to spread around town.

Finally, if you haven't already, why not be Big Funny's friend on Facebook? And while you're at it, RSVP for the opening on the BF opening reception event page.

See you on August 7! 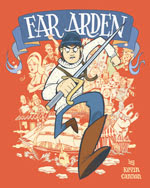 Two more reviews have hit the airways, which is great considering the book isn't even out yet.

First up is fellow Cartoonist Conspirator Ted Anderson at the Examiner:


And all the way from London (which is where the Shanks character was created, incidentally), is Richard Bruton at Forbidden Planet:

I recently chatted with comics journalist and long-time Far Arden supporter Tom Spurgeon about life, love, and comics, as part of the CR Sunday Interview series. So if you want to learn about the time I lived in a theme park for three weeks, or get a behind-the-scenes look at a Far Arden easter egg, then this is the interview for you.

And I got so caught up with the MoCCA convention and the launch party that I failed to post about this interview with Alex Dueben at Comic Book Resources. Alex and I get down and dirty about the creation of T-Minus and Far Arden, and how I ended up at Top Shelf.

Our friends and neighbors at 2D CLOUD are launching their most recent book this Sunday. It's a beautiful volume and you'll want to get yourself a signed copy. Click on the postcard below to be magically whisked away to 2D Cloud's blog for more info: 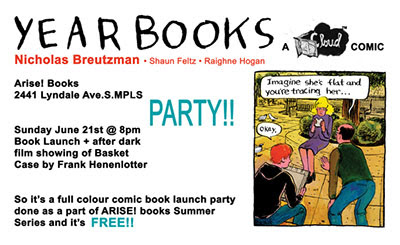 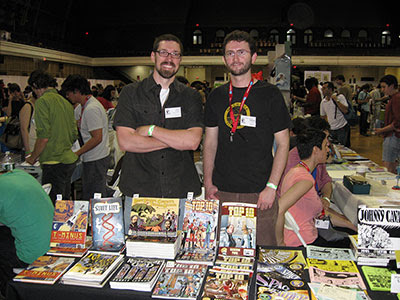 Zander and I flew out to New York City for the MoCCA show on Saturday and Sunday. This was my first time at MoCCA and the show definitely lived up to the "must-go" reputation that it has. The show was held in the 69th Regiment Armory, which is a huge room with a high rounded ceiling and faded banners -- it felt like a 19th century military high school gymnasium or something, lots of dark wood, dark army-green paint, and that classic junior-high-in-summer smell. I'm told that the wrestling scene in Spiderman was filmed there, but more important, the 69th is where the famous 1913 Armory show was held. By all accounts, that show was America's first big leap into the era of modern art, and DuChamp's famous "Nude Descending a Staircase" premiered there. You can bet I was thinking about ol' Marcel while I descended the stairs to use the restroom.

The show was hot, but in a fevered, excited kind of way. And the two days flew by in a flurry of handshakes and story-swapping. It was a real honor to spend most of Saturday standing behind the Top Shelf booth, watching Chris, Brett, and Leigh work their magic, and sitting next to Niklas Asker and chatting about the Swedish comics scene. Actually, the most unexpected part of the show (for me, anyway) was the huge Scandinavian presence. I asked one of the Norwegian publishers if he had any books on Amundsen or Nansen, but alas, nei terningen.

MoCCA was a great show for meeting people who I knew only over the phone or in an online, emaily way, like New Yorker cartoonist Jashar Awan, T-Minus agent Bob Mecoy, and Stuff of Life & Evolution: A Progress Report editor and packager Howard Zimmerman. 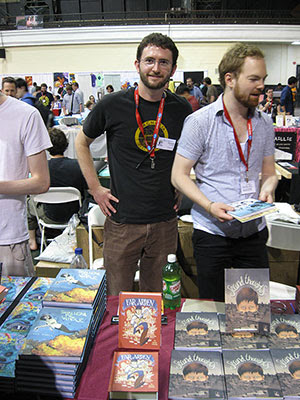 Both Far Arden and T-Minus: The Race to the Moon premiered at MoCCA, and both titles sold out pretty early on in the show, which is great for us, but left a few people disappointed. Well, there's always the LAUNCH PARTY this Saturday.

Hung out with Jim Ottaviani as much as possible -- he was on a table waiting list for a long time, but fortunately he got a table at the last minute and was able to be there for the premiere of T-Minus. He and Zander and I went out to dinner on Saturday night with Jim's Michigan friends John and Colleen and cartoonist Michelangelo Cicerone. 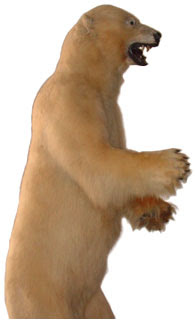 MoCCA aside, the best part of the trip was running around Manhattan on Monday. My old friend Sam and I jumped from the Brooklyn Library to Central Park to the Natural History Museum, but the capstone was going to the world-famous Explorer's Club and hearing explorer Bo Parfet talk about his experiences tackling the Seven Summits (the highest peaks on the seven continents). If you're ever in Manhattan on a Monday, I HIGHLY recommend checking out a public lecture at the Explorer's Club. It's worth it just to wander around the normally locked-up rooms; there's everything you'd expect to find, from huge oil paintings to a photograph signed by Buzz Aldrin, and even a stuffed polar bear. I would seriously move back to Manhattan just for this lecture series.

Click on the flag to read about the Explorers Club and space flight
Zander says:
I have to concur with Kevin that the show was a success-- we sold a lot of books, talked with a lot of folks, and the post con hoopla in the evening, while mellower and small-group-ier than at the big shows, was top-notch. The new venue was a mixed bag in my eyes; the larger space meant that everyone was in the same room (and no one was on the 7th floor like at the Puck Building), but the lack of air conditioning, fans, or moving air of any kind was a hindrance to fun.
My own personal favorite part of the show was seeing a quantum leap in Kevin and the comic-buying public's appreciation for each other. Looking over to my left at Kevin happily (rather than dutifully) fielding questions about his own work behind a rapidly disappearing stack of his hot new book was glorious, and it made me proud to be able to unreservedly plug Far Arden to passers-by. Modestly dictates that I can only be so enthusiastic about the stuff on the table, but I was known to declare "Far Arden is the best graphic novel of the year. Take it from me; I had nothing to do with it!"
I also loved meeting Randall Munroe and Kate Beaton for two seconds each. Their comics are awesome.
Posted by Kevin Cannon at 9:01 PM 7 comments:

Stuff of Life is on UNSHELVED!

More on MoCCA later, but in the meantime:
Stuff of Life on Unshelved
Thanks, Bill & Gene!
Posted by Kevin Cannon at 9:45 AM No comments:

Remember to mark your calendars for June 13, 2009 -- the launch party for FAR ARDEN and T-MINUS: THE RACE TO THE MOON. Read all the details at: 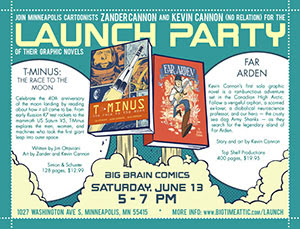