Tips and Tricks: How To Align Objects in Illustrator

Here's a neat trick that I just learned in Adobe Illustrator. When I'm putting stuff together, I make liberal use of the Align function. It allows you to make sure your objects are lined up with mathematical precision, saving you the hassle of eyeballing the whole thing. But the problem has always been (or so I thought) that the align function takes the average horizontal position of all of the objects and aligns them all to that. That's great if nothing is integrated as part of a larger plan, but if you have placed one object perfectly, aligning other objects with it throws it completely out of whack. If I wanted to put all of these objects dead center in the panel, I could do that, but it puts that panel itself out of line with the other panels. 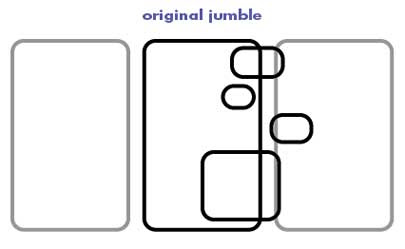 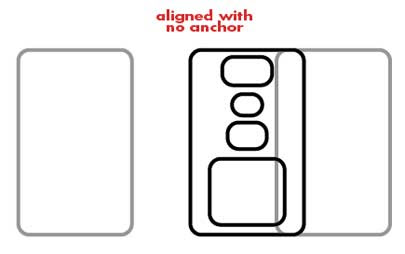 But don't worry. It turns out you can designate one object in the bunch that you've selected to be the anchor and make all other objects align to it. After you've selected all of your objects, single-click on the anchor (in this case, the middle panel), which will appear to do nothing whatsoever. Then hit one of the align buttons. Voila! They are all aligned to that one object. 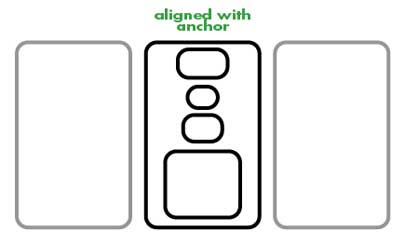 This might seem to you like a monumentally insignificant post, but once I realized this, it practically changed my life. Not having to realign all of those panels saves me a huge amount of time.
Posted by Unknown at 3:56 PM

I second the align tool for seeming insignificant, but being about the best thing ever. And lets not forget the distribute function too, oh and all the pathfinder doo-hickees. Man, I love me some illustrator.

Jeeze, I didn't know that. Thanks, Zander!

thanks for this technic. it will be a good help site for our animation. thanks.

you don't know how much time you've saved me.

I have been looking for a solution to this for ages. Thanks!

didn't work fo some reason.
Which one? - "Then hit one of the align buttons." ?

Thank you so much! I've been using the align tool for ages but have never figured out how to set the anchor.
Another way to align objects mathematically is using smart guides - not so good for large numbers of objects.

Thanks a lot, buddy.

Ever since i started using Illustrator i'd been experiencing this problem. I searched a lot in internet for no use.

NOW YOU SAVED A LOT OF MY TIME AND EFFORT.

Wow, happy to see this awesome post. I hope this think help any newbie for their awesome work. By the way thanks for share this awesomeness from
website design