Are They Brothers? Test 2

Zander Cannon and Kevin Cannon claim not to be brothers. But they both live in Minnesota, are both over six feet tall, both went to Grinnell College, and are both cartoonists. Not brothers?? Not likely!! So here at Big Time Attic, we've decided to do a little bit of extremely scientific testing to find out the truth once and for all.

This week, we go boldly where no one has gone before and take not one but three Star Trek tests. Both Cannon boys are notoriously thorough, don't you know. Hmm. 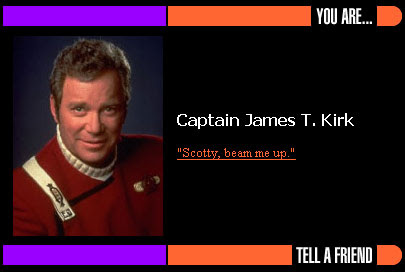 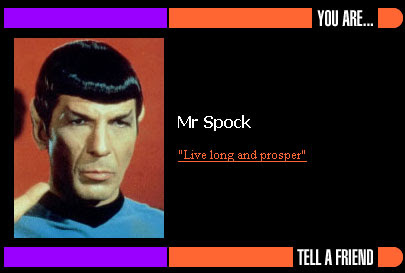 KEVIN SAYS: Spock is the robot one, right? 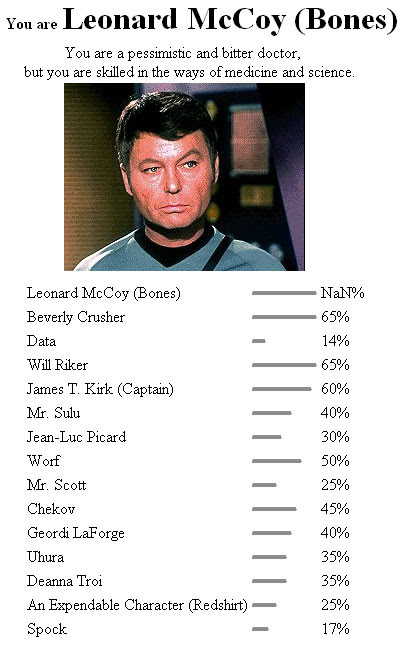 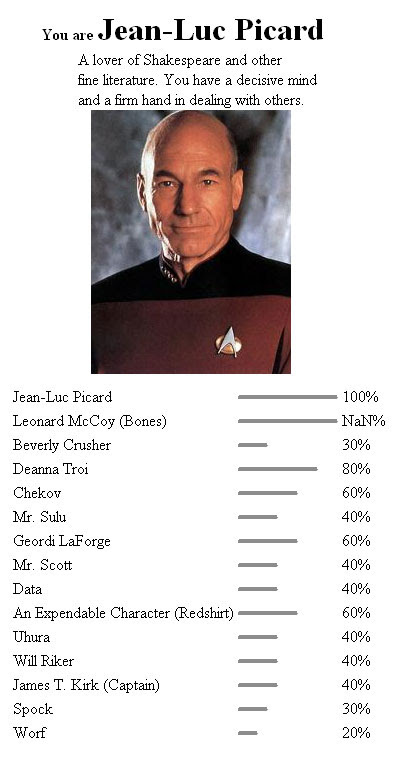 KEVIN SAYS: Wow, only 30% on Spock for this one. Having never seen the show, I can only guess from the photo that Mr. Picard is a kind and gentle older gentleman. 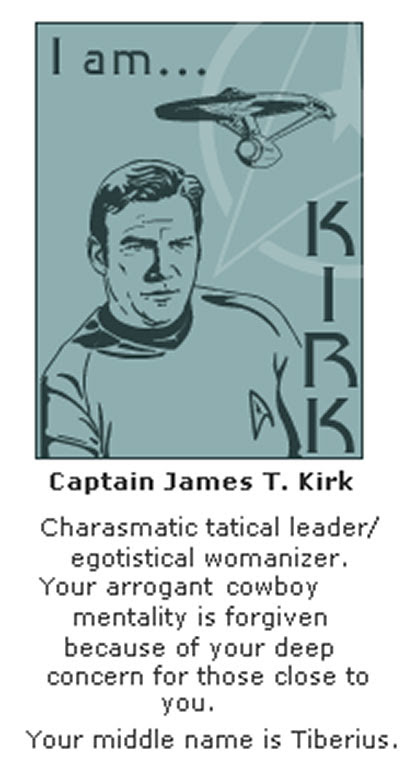 ZANDER SAYS: Yessss! And don't worry, everyone. I carry an inhaler for my charasthma.

KEVIN SAYS: Third time's a charm! Picard it is!

Truly, they could not be less alike. Bold and impetuous, quiet and reserved. They're like the yin and yang of spacefaring. And they're the favorite captains! But still-- as for this experiment:

Email ThisBlogThis!Share to TwitterShare to FacebookShare to Pinterest
Labels: Are They Brothers?

Damn your thoroughness Cannons! It'll take forever to take three quizzzes (I'm too lazy to look up the proper spelling so I'll go with one I know is wrong).

Bones on the first, Picard on the second. It just goes to show that figuring out which Star Trek character you are is not a perfected science yet.

Since your accomplishments are seldom noticed,
and you are rarely thought of, you are expendable.
That doesn't mean your job isn't important but if you
were in Star Trek you would be killed off in the first
episode you appeared in.

At least you'll be back every episode in a fresh red shirt.

I can only hope I'll be like Sam Rockwells character in GALAXY QUEST--
I'll die in one episode and come back as a major character in the reboot of the series.

Wait, how can Zander be Not a Number Percent McCoy? And so is Kevin!

Janeway?! Man, is my voice really that annoying? Oh, wait, I just got Will Riker on the second one, so that balances out, I guess.

I'm not fooled by your ongoing subterfuge, no sir. No amount of "Star Trek"-related shenanigans will dissuade me from assuming a fraternal tie. I, sir, have a brother, and he is not very much like me at all. You're not pulling the wool over my eyes, Zanders!

I think every member of big time attic should have "Cannon" as their last name. Shad Cannon has a nice ring to it.