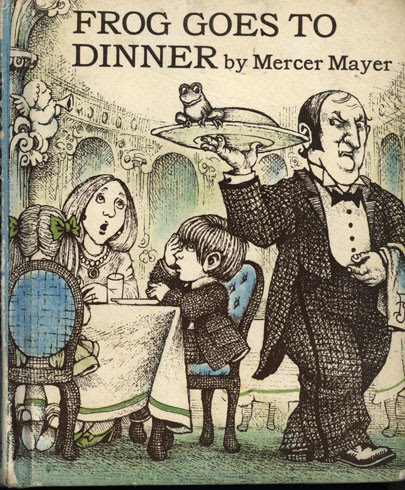 As a child, I read, or had read to me, approximately ten million children's books. And looking at them as an adult, I'm surprised at how much the artwork in them influenced me at the time, as well as influenced my learning process. Of course, at the time, I had no awareness whatsoever about the tools that an artist used; I simply made note of the specific aesthetic of each illustrator. One that stuck out to me was Mercer Mayer, particularly his book series that began with A Boy, A Dog, and A Frog. 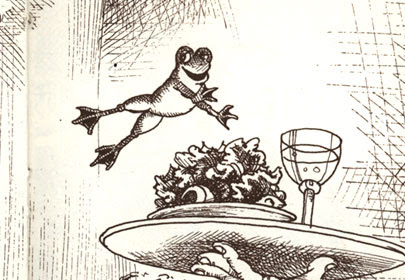 There were several small hardcover books in this series, all wordless, that basically covered a short incident that usually involved the frog causing some kind of trouble. They were pretty sweet, too, actually, as the boy always came to the defense of the frog, even if it got him in trouble. 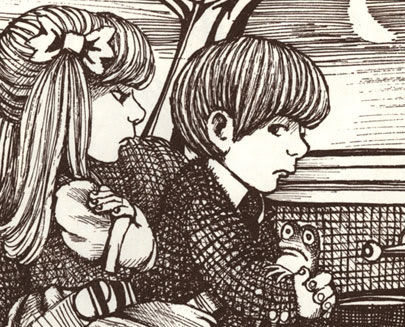 The artwork was cartoony, but heavily textured, and like a lot of the other artists I've mentioned in these Influences posts, there was a certain sense of a reality to his world that I felt like I could get lost in. There were a number of little meaningful details in each picture that a child could really search through, making the book take sometimes even longer to read than one with words on the pages. 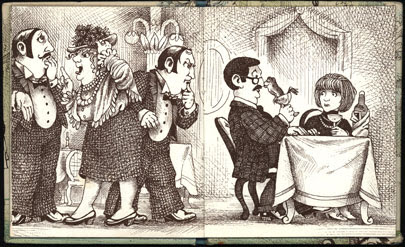 I was also a big fan of Mayer's illustrations in the young adult book series The Great Brain, by John Dennis Fitzgerald, for many of the same reasons, but the Frog series I had a special affection for, and I suspect it was this: a wordless series of pictures is comics. At the time I was reading these books, I hadn't really been introduced to comics yet, but the way I interacted with the stories (such as they were) in Mayer's books foreshadowed a fascination with comics that, apparently, would eventually consume my entire life.

Mayer is far better known for his Little Critter books, but he also has a great deal of gallery artwork up at mercermayer.com.
Posted by Unknown at 10:02 AM

The Great Brain! So great.

This is an ancient thread, but i found so someone else might too. I'd like to add to your comments about meyer. First, i was a "fan" as a child in the late 60's and early 70's. Most of his books dont involve a frog. And LOOK AT THAT CROSS HATCHING!!?? are you kidding me? Id like to talk to another cross hatching master Robert Crumb
-(whos "cartoony" work hangs in many art museums and collections around the world) - about the work in mercer meyer's books.