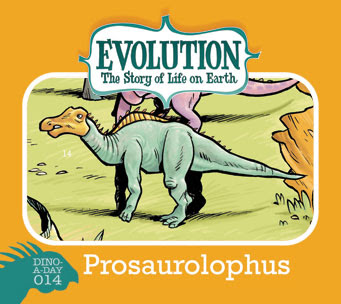 NAME: Prosaurolophus
PRONUNCIATION: pro-SAWR-OL-uh-fus
ORDER: Ornithischia
EXISTED DURING: Late Cretaceous
DISCOVERED: Canada, 1915
FUN FACT: Prosaurolophus was named because of the similarity of its skull shape to Saurolophus before scientists discovered that it had been reconstructed incorrectly.