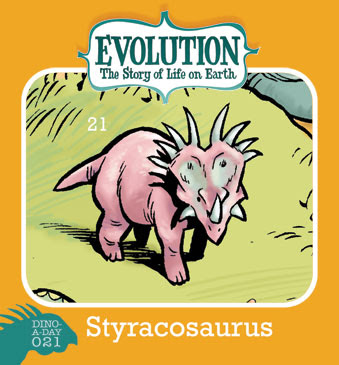 NAME: Styracosaurus
PRONUNCIATION: stih-RAK-uh-SAWR-us
ORDER: Ornithischia
EXISTED DURING: Late Cretaceous
DISCOVERED: Alberta, Canada, 1913
FUN FACT: The unique horn formation of Styracosaurus has made it the darling of popular media; the species can be seen in numerous TV shows, video games, and films, including 1933’s “The Son of Kong.”