I'm happy to report that I've got some artwork in November's Altered Esthetics "Food Fight" show! While I've been behind the scenes for the AE comics shows over the last few years, this is the first time I've submitted work to a NON-comics show -- you know, like as a regular Joe Artist. So it's pretty exciting to have work accepted by the curatorial team.

This is "XOLOTLAN" and it's pretty much the most fun I've ever had drawing anything. Please click on the image to view it in detail. See if you can find the caricature of Louis CK. 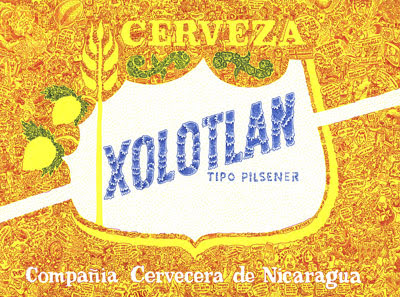 This piece is part of my CMYK phase, where I'm trying to draw color images only using cyan, magenta, yellow, and black ink. So a while ago I bought microns and pitt brush pens with those colors and have been experimenting with trying to get different colors like green, brown, etc.

In XOLOTLAN, above, the first thing I laid down was the yellow base with a yellow pitt brush, and then used a magenta micron over it to make red, and used a blue micron over other parts to make green. The same blue micron was used in the center, but since I was drawing over white paper and not yellow, it just stayed cyan.

Anyway, this piece will be part of AE's "Food Fight" show, which opens on Thursday, but the big opening reception is on Friday night. Because MIX parties are also happening on Friday, I will probably start at AE at 7pm, hang out for a little while, and then wander down south to Pink Hobo.
Posted by Kevin Cannon at 11:02 PM

Wonderful! Sounds like a fun color technique to use.

It is pretty fun -- like being a one-man off-set printer!