Quentin Blake
I came to Quentin Blake's work because as a young boy I was reading (or being read) Roald Dahl's work practically every week. The first Dahl books I read, Charlie and the Chocolate Factory and James and the Giant Peach were not editions illustrated by Blake*, but when I continued on to newer books, they all were, and that's when I read The Witches.
*and I admit it's odd now to see those newer editions in which he does. 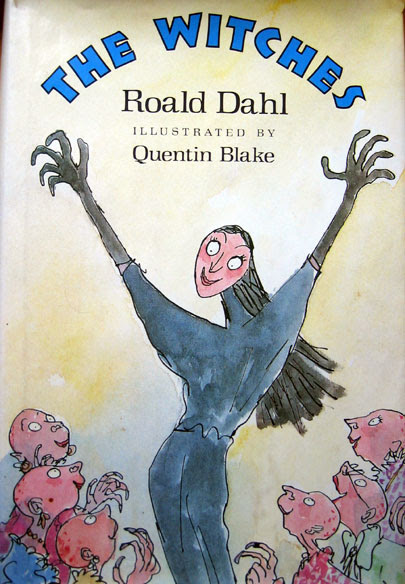 I love every word Roald Dahl has ever written, and in this book in particular, Blake's linework was the perfect fit for it. As an adult, looking back, I can imagine what the book would have looked like without his illustrations-- possibly darker, or more realistic, but it would have been awfully off-putting for someone as young as I was to read a story that was already pretty scary (witches were murdering children!) if it had drawings that were frightening as well. 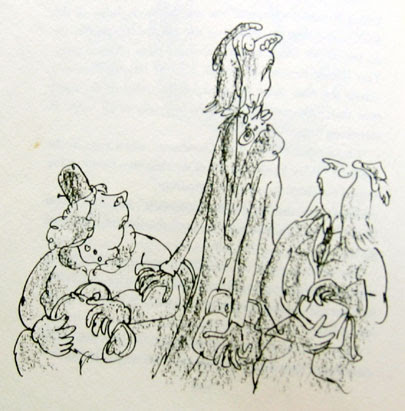 As a kid, I didn't really realize that I liked Quentin Blake's work. I thought it was too sparse, that people and things looked too weightless, and that it had the "why, anyone could do this" sort of look to it if you were not a cartoonist. But as I grew older, I came to tolerate, then like, then love, the way he would use a truly minimal amount of lines to communicate what he was after. And like Wallace Tripp, I appreciated his unabashed use of exaggeration to serve the purposes of his drawing. 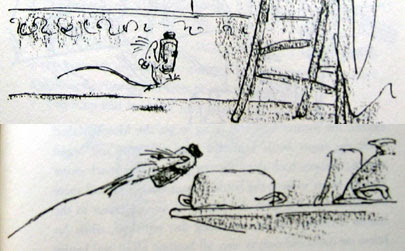 I also loved his ability to draw very appealing looking people with those same very few lines. Mere dots for eyes were necessary to make someone look like a kind, affectionate person, and three more lines around it made them look like a horrible brute. 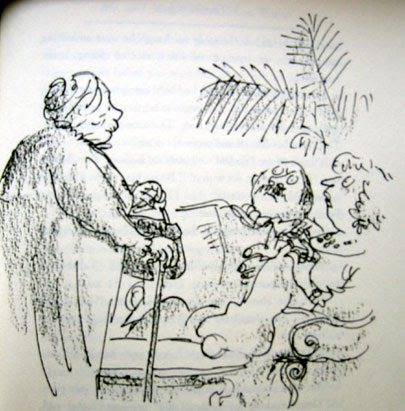 Finally, I appreciate now the fact that it looks like many of his drawings were done in about five minutes flat. I'm sure the truth of it is that he did twelve of them working up to it, but that the actual drawing you see is the result of great long years of practice, a keen mind for envisioning the final product, and a burst of creative energy. The final result has more vibrancy than could be achieved by slaving over every last line, and it draws you into his world all the more than one in which every last lamppost is meticulously rendered. 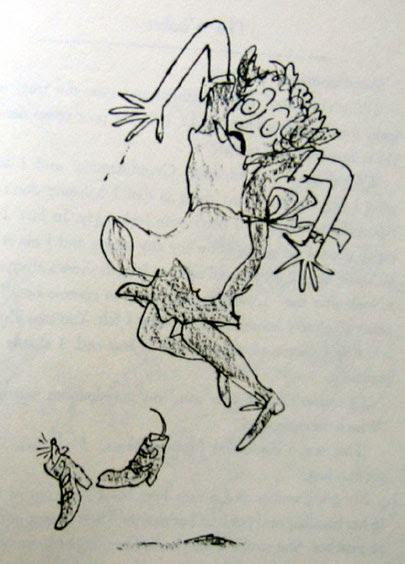 beautifully said..im a huge fan of blakes work too