I just discovered that Jon Krakauer's 1996 book "Into the Wild" is currently being made into a feature film. 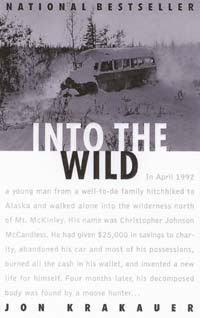 Fans of "Johnny Cavalier" may remember that my weekly college strips were heavily inspired by Krakauer's book. "Into the Wild" is the true story of a college kid named Chris McCandless who burns his car and his money and hitchhikes to Alaska. He lives for several months in an abandoned bus in the wilderness until he eats some bad seeds and dies.

The backstory of the "Johnny Cavalier" strips is that Johnny and his friend Dean Caveat find the bus in Alaska, fix it up, and drive it down to Grinnell, where they park it in a corn field. Wow, I can't believe that strip is almost a decade old. I feel like a really old man.

Here's Sean Penn and his buddies in Alaska: 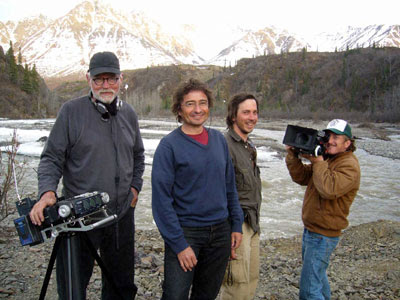