Those Cannon boys! You'd think they just sit in their ivory tower, disseminating wisdom and edjimacation to all the boys and girls of the world, but the truth is, they love the culture around them, pop and otherwise. Here they get the chance to express their admiration for something, someone, somewhere, and try to convince you that it's totally cool. 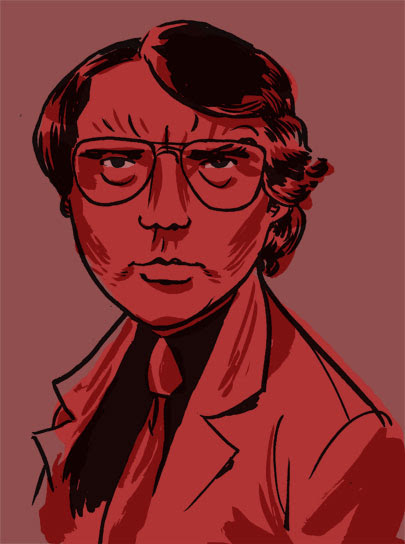 Garth Marenghi's Darkplace is a British horror show that aired last year on the SciFi channel in the US. Darkplace is a show within a show-- supposedly the brainchild of a Clive Barker/Neil Gaiman/Warren Ellis-like horror writer named Garth Marenghi-- that was "too damn scary" to be released in the decade it was produced.

"Only now, in the worst artistic drought in broadcast history," says Marenghi, Darkplace has been rereleased, with the episodes interspersed with interviews with the cast, including the mystery of what happened to the female lead. Any fans of Peter Jackson's older low-budget horror work will dig this very self-conscious, very funny send-up on 80s drama, the horror genre, and charmingly self-important horror writers. I was hooked from the moment I saw the first episode-- I love it so much I can't even see the wires!

Unfortunately for those of us in the US, there is no Region 1 version of the DVD, but you can watch the first episode on the SciFi website, and the other episodes are available on YouTube.
Posted by Unknown at 9:41 AM

amazing picture that is. 'pube on a pipe'