I read just about every children's book by Bill Peet as a kid. One of the reasons I liked his stuff so much was that it resembled the Disney movies that I was borderline-obsessed with. This, of course, is not surprising, since he was a storyboard man for Disney for most of his career. 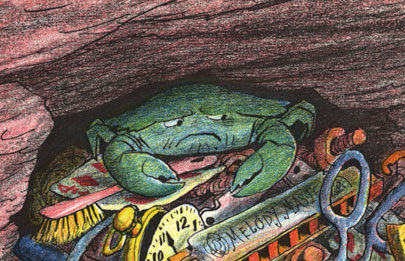 Despite his having a very active, fluid, and energetic style, one of the things I liked about his books was that they had a calm, Midwestern air about them; the quality of a middle-aged man recalling his carefree youth. Bucolic countrysides, the rare thrill of a fair or circus having come to town, the pleasure of honest work, and so forth, were all well represented. 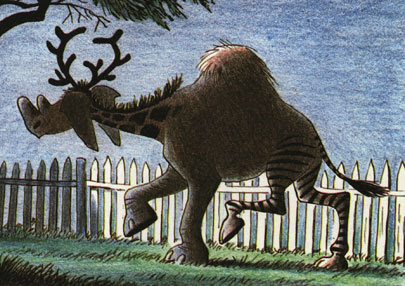 And like Quentin Blake, I loved that Bill Peet could use just a few lines and create a perfectly appealing face. Even when drawing fanciful things like dragons or sea serpents, he didn't burden them with elaborate detail or ornamentation. Rather, they were cast as people, just like the rest of the characters, and were better served by an expressive face and a loose-limbed body than by beautifully textured scales. 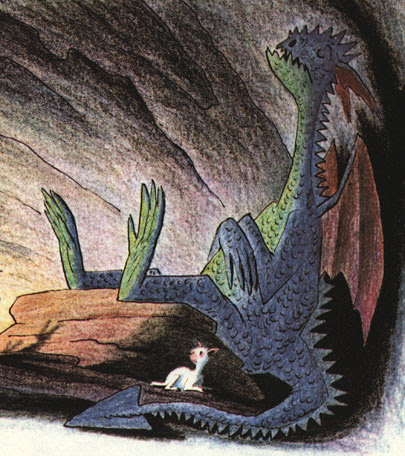 His stories were simple, earnest, believe-in-yourself kind of tales, and their consistency across his entire bibliography formed what were probably some of my first mental templates for stories. I liked the fact that even his simplest stories involved a full cast of characters, each with a bit of a quirky personality, and that none of the characters were immediately cute or approachable, seemingly preferring to be downtrodden, grotesque, or forbiddingly alien. 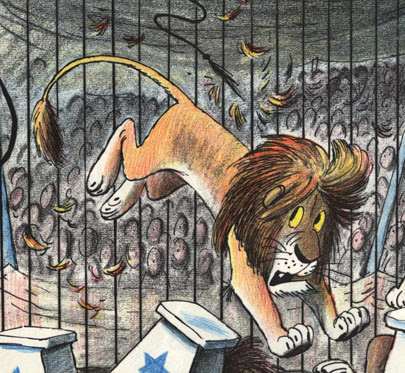 Peet's looseness and consistency, and his choice of wide angles (typically establishing Relative Position, don't you know), made cartooning an accessible and fun hobby for me, allowing me to think about characters and movement without worrying so much about choking it with detail and design. This notion is what I like to think about when I am at my most creative-- the idea of story, character, and fun being paramount.

The thing in the second picture is trudging along just like the elephants in The Jungle Book.

I wanted to be a Disney animator when I was little, until I learned what tweening is.