Kevin and Zander's City Pages Cartoons about the Republican National Convention are in Print!

It's sort of a long story, but both of our Republican National Convention cartoons that we did for the City Pages have finally seen print! Kevin's in the July 9 edition, mine in the August 27 edition. Neither Kevin nor I are big political cartoonists, but the City Pages threw down the gauntlet and we obliged. 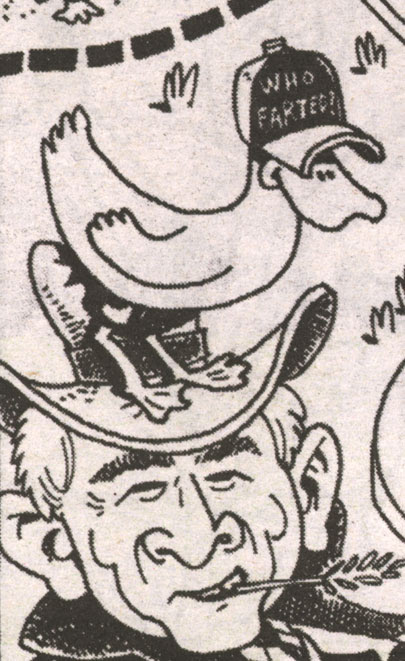 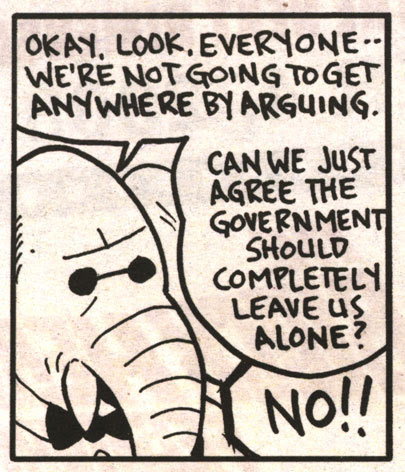 Zander's "Five Blind Elephants"
Print Edition Online Edition
NOTE: On City Pages' site, click the text link, not the image link
The people of the City Pages were good enough to put my cartoon in a later edition when an email mixup prevented it from being in the first one. Thanks, folks! You can find all of the RNC cartoons at the City Pages website; there's a heck of a lot of great stuff on there, and our beloved Cartoonist Conspiracy is well-represented.

This is the second year that the City Pages has put together a comics issue; last year's was "Tales of the Twin Cities", and Kevin's and my cartoons ran side by side in that one (as opposed to being separated by 7 weeks).
Posted by Unknown at 9:00 AM

Glad they printed it! Wish they had printed some of the others that they missed. I'm gonna have to email them about getting paid, too... have you fellas got your checks yet?

Note that your online link doesn't work... you will want to use this one, if it matters...

And note that they should click on the text link and not the more obvious picture link, which would lead them to believe it is a strange and nonsensical one panel comic. Oy.

I had to contact CP about five or six times. I've been in contact with their accounting department too. They say that I should be receiving my check this coming week. There has been some sort of snafu and I know there are other contributors that have yet to receive any compensation.

Thanks for the update, Dan!

It should also be noted that all the Ward Sutton cartoons on the site are great! I gotta grab the print edition.

In defense of City Pages, I did get paid a while ago. So I'm not sure why some people got their checks and some people didn't.

I got paid right away. Looks like they paid the web-only people first? Was there not enough in the budget to pay the bigger strips?