My Science Cartoon Needs Your Vote! 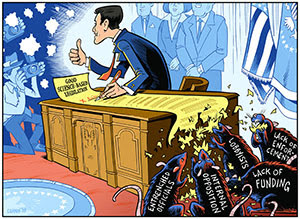 The Union of Concerned Scientists is back again with Science Idol, a cartoon contest that is ostensibly named after a popular American children's television program. For the second year in a row one of my cartoons is a top twelve finalist, and I need your vote to make it to that coveted #1 spot.

Fun fact: After I drew the above cartoon, I learned that the oval office desk pictured is actually built from the famous ship HMS Resolute, which was stranded in the arctic on its way to rescue Franklin in the 1850s. The ship was eventually rescued by James Buddington and sent back to England. The Queen then turned around and made a desk out of it as a gift for President Rutherford B. Hayes.

However, Wikipedia tells me that if you've seen the film National Treasure: Book of Secrets, then you already know all this. 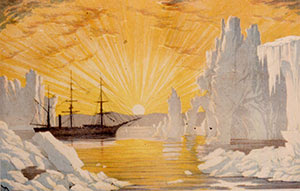