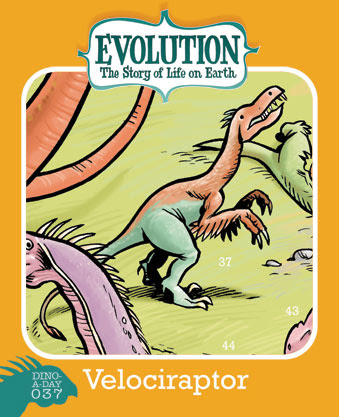 NAME: Velociraptor
PRONUNCIATION: veh-loss-ih-RAP-tor
ORDER: Saurischia
EXISTED DURING: Late Cretaceous
DISCOVERED: Mongolia, 1922
FUN FACT: Velociraptors had dewclaws on their hind limbs, which are vestigial claws that never touch the ground. Dewclaws can be seen on modern animals as well, such as dogs, pigs, and deer.