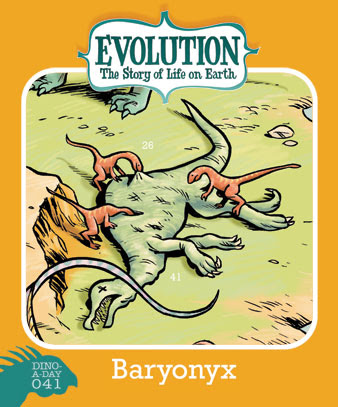 NAME: Baryonyx
PRONUNCIATION: bare-ee-ON-iks
ORDER: Saurischia
EXISTED DURING: Early Cretaceous
DISCOVERED: Surrey, UK, 1983
FUN FACT: The first Baryonyx fossils were found near what used to be Wealdon Lake -- a huge lake that covered most of what is now northern France and England during the Cretaceous (140 million years ago).