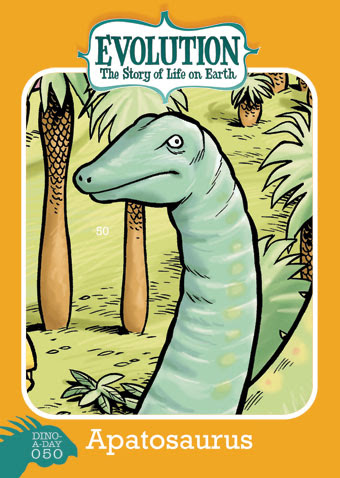 NAME: Apatosaurus
PRONUNCIATION: ah-PAT-uh-SAWR-us
ORDER: Saurischia
EXISTED DURING: Late Jurassic
DISCOVERED: Wyoming, 1877
FUN FACT: Once known as Brontosaurus, the name Apatosaurus was found to have been used first, and so the popular name was dropped. The US Post Office caused a row in 1989 when it released four dinosaur stamps, one of which was a Brontosaurus, leading to a public outcry.