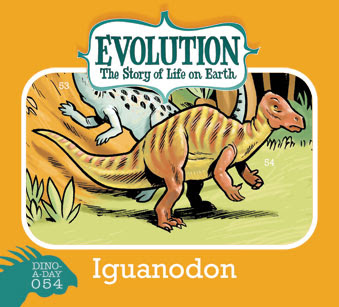 NAME: Iguanodon
PRONUNCIATION: ig-WAN-oh-don
ORDER: Ornithischia
EXISTED DURING: Early Cretaceous
DISCOVERED: England, 1822
FUN FACT: Iguanodon was one of the first dinosaurs to be named, and its skeleton was originally put together in a creative, albeit incorrect pose.