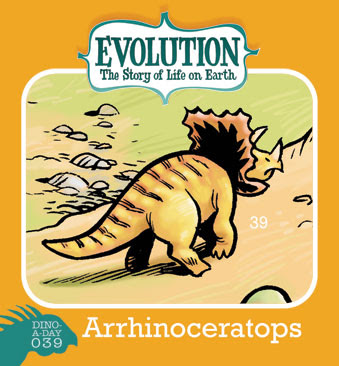 NAME: Arrhinoceratops
PRONUNCIATION: ah-RHINE-o-sair-a-tops
ORDER: Ornithischia
EXISTED DURING: Late Cretaceous
DISCOVERED: Canada, 1923
FUN FACT: This species was originally thought to have no nose-horn, hence the a-rhino-cerat (“no nose horn”) as its name.