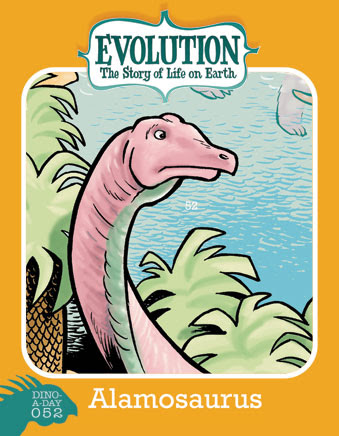 NAME: Alamosaurus
PRONUNCIATION: AL-uh-mo-SAWR-us
ORDER: Saurischia
EXISTED DURING: Late Cretaceous
DISCOVERED: New Mexico, 1922
FUN FACT: Sadly, Alamosaurus was not named after the famous Alamo in Texas. Rather, the species was named after a type of geologic formation, Ojo Alamo.

Source: Wikipedia
Pronunciation: DinoDictionary.com
Posted by Kevin Cannon at 11:25 AM