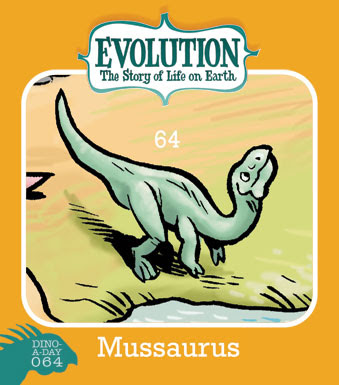 NAME: Mussaurus
PRONUNCIATION: moose-SAWR-us
ORDER: Saurischia
EXISTED DURING: Late Triassic
DISCOVERED: Argentina, 1979
FUN FACT: Only juvenile fossils of Mussaurus have been found so far, so any attempts at describing an adult version are speculative at best.