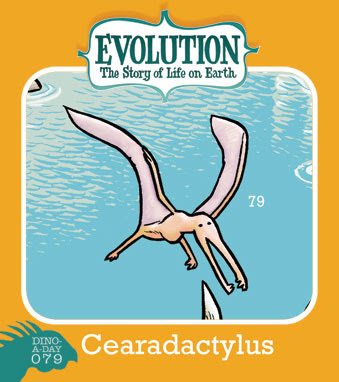 NAME: Cearadactylus
PRONUNCIATION: say-ahr-ah-DAK-ti-lus
ORDER: Pterosauria
EXISTED DURING: Early Cretaceous
DISCOVERED: Brazil, 1985
FUN FACT: Popular media has given Cearadactylus a bad rap: in the book Jurassic Park it attacks the main characters, and it’s portrayed as a villain in The Land Before Time VII.