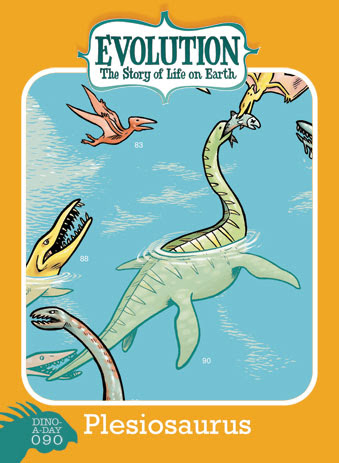 NAME: Plesiosaurus
PRONUNCIATION: PLEE-see-o-SAWR-uhs
ORDER: Plesiosauria
EXISTED DURING: Early Jurassic
DISCOVERED: England, 1821
FUN FACT: The first Plesiosaurus skeleton was discovered by Mary Anning, she being the rare female in a field then dominated by men. Anning made several early discoveries in England’s Blue Lias cliffs, doing her bone hunting after landslides when the fossils were freshly exposed.