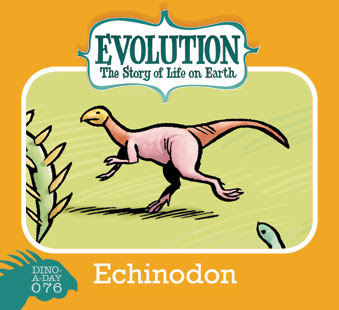 NAME: Echinodon
PRONUNCIATION: eck-EYE-nuh-don
ORDER: Ornithischia
EXISTED DURING: Late Jurassic
DISCOVERED: England, 1861
FUN FACT: Echinodon was once thought to be a basal thyreophoran due to the fact that a turtle bone was mixed in with the Echinodon skeleton, which strongly suggests that 19th century British paleontologists liked to throw turtle bones at each other during digs.